TRENITALIA confirmed on August 11 that it has acquired 17 of the 19 AnsaldoBreda V250 trains ordered by Netherlands Railways (NS) and Belgian National Railways (SNCB), which were rendered surplus by the collapse of the Amsterdam - Brussels Fyra high-speed service in 2013. 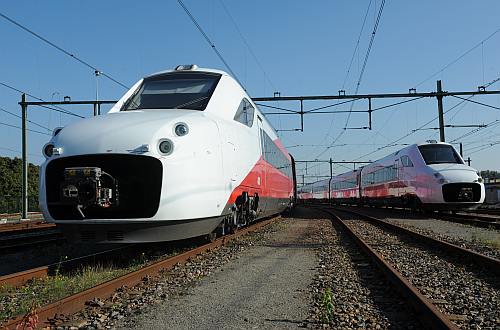 The trains were returned to AnsaldoBreda in 2014 after the manufacturer reached a settlement with NS and SNCB.

Trenitalia plans to use the trains on services from Puglia to Naples and Rome.

The contract includes a five-year full-service maintenance agreement with a contract for a five-year extension.