TRENITALIA has exercised four options with Alstom worth a total of around €330m for 54 additional Pop regional EMUs. 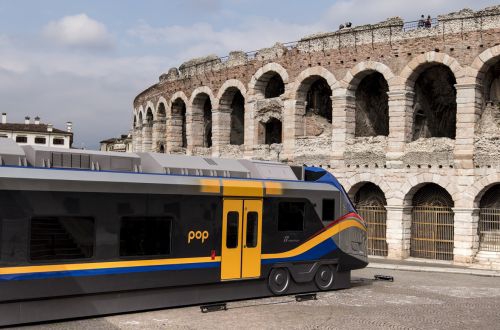 A full-size mock-up of the Pop was exhibited in Verona earlier this month. Trenitalia will introduce 31 of these trains in Veneto from 2020.
Photo Credit: Trenitalia

The 160km/h single-deck trains, which are based on Alstom’s Coradia Stream platform, are part of a framework contract for 150 sets placed in August 2016, which included an initial order for 27 three-car and 20 four-car trains for the region of Emilia-Romagna.

The trains will be assembled at Alstom’s site in Savigliano in northwest Italy.