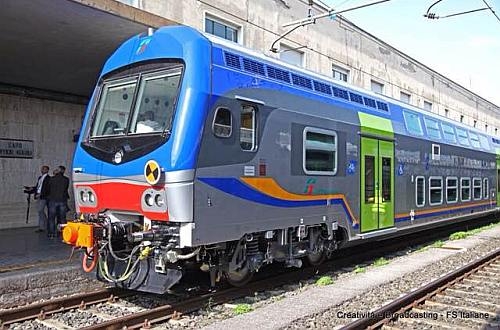 The order, which comprises 112 intermediate vehicles and 24 driving trailers, is an option from a contract for 350 coaches awarded by Trenitalia to a temporary consortium of AnsaldoBreda, Officine Ferroviarie Veronesi (OFV), and Magliola Antonio & Figli in March 2010. All of the additional coaches will be standard class vehicles.

Assembly will be carried out at Hitachi Rail Italy's Pistoia and Reggio Calabria plants with the company's Naples facility supplying electronics and other components.

The Vivaltos operate in formations of between five and seven coaches, with traction usually provided by a Bombardier class E464 electric locomotive, and longer formations can accommodate more than 800 passengers.