TRANSMASHHOLDING subsidiary Tver Carriage Works (TVZ) has completed the delivery of a batch of mail coaches for Russian Post, which is seeking to modernise and expand its rail operations. 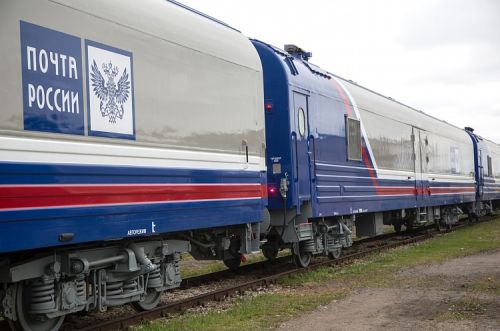 The contract for 45 type 61-4405 vehicles was signed by TVZ, VTB Leasing and Russian Post on September 1. TVZ says production capacity at its plant and experience in supplying 60 similar vehicles in 2015-2016 has enabled it to complete delivery of the coaches ahead of schedule.

“On October 1 we began operating a daily train between Moscow and Vladivostok, and we are planning to develop international services,” says Mr Alexei Skatin, Deputy general director of logistics for Russian Post. “The new domestically-produced coaches will help us to modernise our rail fleet of around 800 vehicles.”

The 160km/h coaches will accommodate a 24-tonne payload and are designed to run on either 1520mm or 1435mm-gauge bogies to enable operation between Russia and China.