Ukraine could allocate $US 1.47bn for fleet renewal under state aid rules

The funding could be used to purchase new high-speed trains, suburban units and passenger coaches. 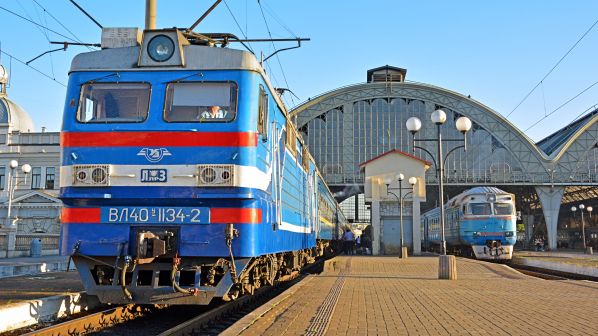 Up to $US 1.47bn could be spent by UZ on a fleet renewal under state aid rules.
Photo Credit: Shutterstock

THE Ukraine government may allocate up to Hryvnia40.4bn ($US 1.47bn) for the renewal of Ukrainian Railways’ (UZ) passenger rolling stock over the next three years, after the Antimonopoly Committee (AMCU) ruled the funds could be provided under state aid rules.

The state budget has already allocated Hryvnia 3.4bn for the purchase of new coaches this year, and it’s possible that Hryvnia 16bn will be allocated for the same reason. A further Hryvnia 21bn could also be allocated in 2023.

It’s planned to buy 100 passenger coaches this year, followed by a further 568 over the next two years?, along with five high-speed trains, 43 suburban electric trains and 18 suburban diesel trains.

“We welcome the decision of the AMCU to recognise the allocation of funds from the state budget for the renewal of passenger cars as state aid,” says UZ acting chairman of the board, Mr Ivan Yuryk said. “This allows us to continue the implementation of the state programme for modernisation of the company. Supporting the railway, in particular the unprofitable passenger route, at the expense of the state budget is a worldwide practice that enables the railway to develop and provide quality passenger transport services. I hope that these funds will be provided in the budgets of the coming years.”

AMCU says it is planned to resolve issues relating to the organisation of passenger traffic in accordance with the Association Agreement with the European Union. It says that an agreement must be concluded between the Ministry of Infrastructure and UZ on the organisation of provision of domestic passenger services by 2022. This will include conditions of purchasing rolling stock. It will also require the development and approval of a regulatory or administrative act on the method of calculating compensation for the provision of passenger services.