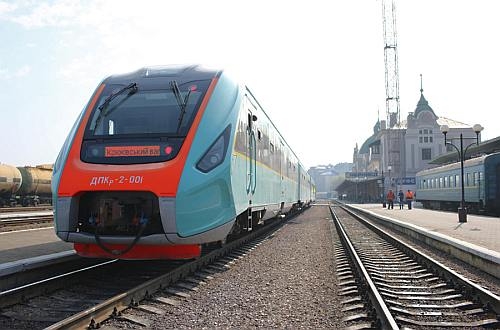 The three-car train was built by Kryukov Wagon Plant (KVSZ) at its plant in Kremenchug and sold to UZ for Hryvnia 110m ($US 5m).

The 140km/h train operates at up to 120km/h on the route, achieving an average speed of 76km/h. The daily service departs from Chernivtsi in the morning and returns from Lvov in the evening, offering a journey time of 3h 29min, a considerable improvement compared with other trains on the route, which take up to six-and-a-half hours to complete the trip.

The DPKr2 seats 283 passengers with two spaces for wheelchairs.