KVSZ began the certification process in 2021. 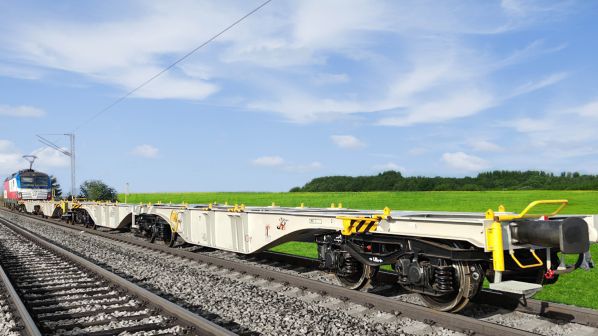 This comes as the company looks to shift its focus towards the European market following the Russian invasion of Ukraine.

KVSZ began designing wagons for the European market in 2021, including type Sggrss 80-foot and Sggmrss 90-foot flat wagons for carrying containers and swap bodies. The company says two prototype Sggrss wagons have now successfully passed the certification process and have met the standards set by WAG TSI and the Noise TSI.

KVSZ will now begin the type approval process and operational acceptance for the European network with the European Union Agency for Railways (ERA), with series production due to begin in the first quarter of 2023.

The prototype Sggmrss wagons are due to start the certification process in the third quarter of 2022, expected to be completed in 2023.