UNITED Wagon Company (UWC), Russia, has signed a contract with Russian state-owned rolling stock leasing company (Rosco) STLC to supply 20,000 gondola wagons with unloading hatches by the end of 2022 and 5000 hopper wagons for transporting grain and grain mill products by the end of 2020. 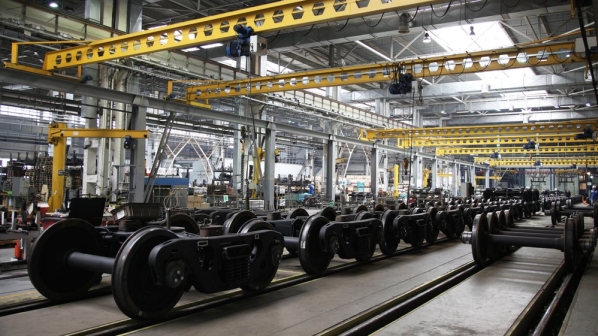 The freight wagons are equipped with bogies with a 25-tonne axleload and have improved technical and economic performance compared with the standard models mounted on 23.5-tonne axleload bogies.

UWC says the larger loading capacity results in more efficient operation, leading to savings in operating costs and additional revenue. The wagons also have a lifecycle of up to one million km or eight years between overhauls, up to three-times longer than previous models. Guaranteed inspection-free mileage is 6000km, compared with 2300km for standard models.

An assessment by INFOLine found the cumulative benefit to Russia’s GDP from operating rolling stock with an increased loading capacity exceeded Rubbles 130bn ($US 1.9bn) between 2013 and 2018, and the total additional export volume of coal transported amounted to 29 million tonnes for the five-year period.

STLC earlier announced its intention to launch a programme for the rental and operating lease of new-generation wagons, including gondola, hopper, box, and flat wagons. STLC will offer new lease terms, with its wagons handed over to customers on financial leases for a term of up to 15 years and operating leases for one year or longer.