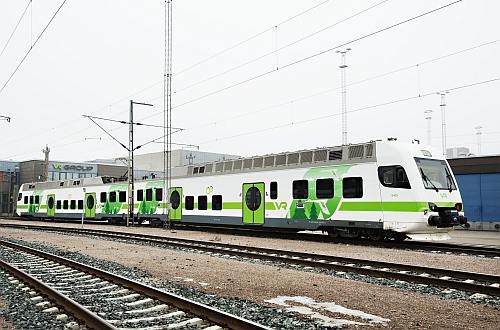 The fleet of 30 two-car trains was built by CAFand Alstom between 1998 and 2005 and is used on services from Helsinki to Riihimäki and Lahti, as well as the lines from Riihimäki to Tampere and Kouvola.

According to VR, each train covers around 18,000km per month and the oldest units have accumulated more than 2.4 million km since they entered service.

The refurbishment is being carried out by VR's Hyvinkää workshop and includes reupholstering of seats and installation of new glass partitions to improve the passenger environment. Each set will also undergo a full electrical and mechanical overhaul.