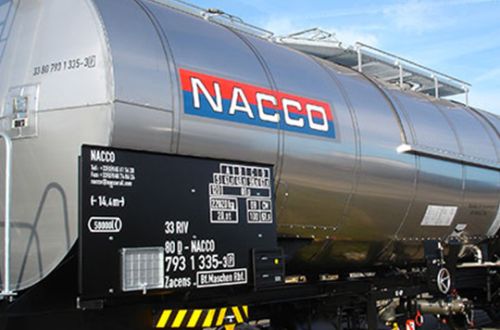 On October 1, a consortium comprising wagon leasing firm Wascosa and Aves One purchased the parts of the Nacco Group that needed to be sold to comply with conditions imposed by the German and Austrian antitrust authorities, paving the way for VTG to complete the takeover, which was closed on October 5.

VTG first announced its intention to acquire all shares in Paris-based CIT Rail Holdings Europe, the owner of the Nacco Group, from the American CIT Group on July 1 2017. Antitrust authorities approved the acquisition at the end of March, subject to certain conditions which were met with the sale of the railcar package.

VTG says the Nacco fleet is a well-balanced portfolio of about 11,000 freight wagons covering the most common segments. The key markets for this portfolio are Britain, Scandinavia, the Netherlands, Belgium, Austria, France, Italy and eastern Europe.

Depending on the capital investments Nacco has continued to make in 2017 and 2018, VTG expects its new acquisition to add extra revenue of around €85m and additionals Ebitda of roughly €70m in 2019, before transaction and integration costs.

Revenue and earnings effects from the Nacco transaction were explicitly excluded from VTG’s existing group forecast for the financial year 2018 and since the acquisition has been completed, the revenue forecast, which was slightly higher than in the prior year, and the Ebitda forecast, of between €340m and €370m, are no longer valid.

VTG is financing the transaction with a senior loan of €375m, a privately placed hybrid bond of up to €300m and the utilisation of an existing senior loan of approximately €80m. The hybrid bond will be refinanced on the capital market and a rights issue is planned to increase VTG's capital from authorised capital.