UNION Wagon Company (UWC), Russia, has signed an agreement with Amsted Rail, United States, which will see the creation of a new joint venture for designing and manufacturing freight wagon components. 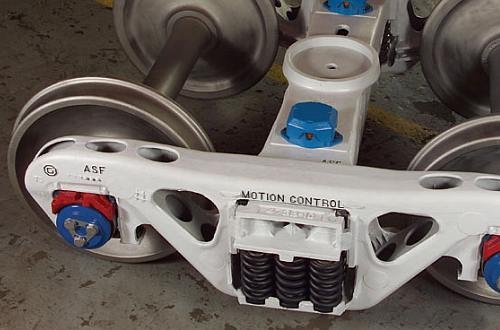 As part of the deal, UWC has been granted full intellectual property rights to Amsted's Motion Control 18-9836 bogie. Amsted says the 25-tonne axleload bogie has been adapted to accommodate 1520mm-gauge wheelsets, making it suitable for use in the CIS region.

Amsted says it will continue to work directly with its existing Russian customers, while UWC will have the authority to issue new licenses to produce the Motion Control bogie to other manufacturers of 1520mm-gauge vehicles.

UWC was established in 2012 and is the parent company of the Tikhvin wagon plant and wagon leasing company, Rail1520.