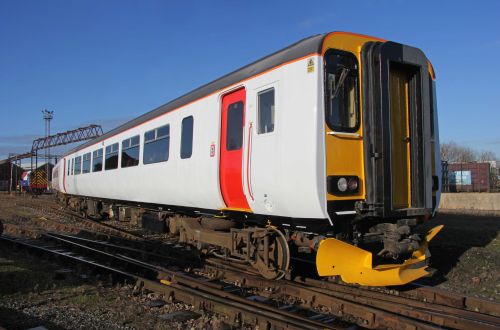 Built during the 1980s when WSP was not fitted as standard, the vehicles have regularly suffered wheel damage from slippery track conditions caused by leaf fall. In an effort to overcome this problem, Porterbrook worked with SNC-Lavalin, Knorr-Bremse, Loram and Abellio East Anglia to establish a new design of WSP for the British market.

Specifically, Knorr-Bremse adapted its MGS3 system already in use on European high-speed trains to the tread-brakes used on class 15X DMUs. The system works similar to an anti-lock brake on a car by automatically managing the train traction and braking systems to prevent serious damage to the wheelsets.

The project team reports that the first unit performed well; while similar class 15X trains were removed from service for wheel reprofiling, the train remained in service throughout the entire autumn period, and the focus has now shifted to wider deployment.

“The WSP system installed on the class 156 provided critical capability during our most operationally vulnerable and challenging period,” says Mr Colin Dobson, engineering director at Abellio East Anglia. “We were also able to gather invaluable comparative data to show how the system both added operational resilience and protected service levels.”