SCI Verkehr says in its latest Multiple Units - Global Market Trends study that the world market for regional and suburban multiple unit trains is currently worth more than €9bn and is growing at around 9% per year, while the €8bn aftersales market has an annual growth rate of 4%. 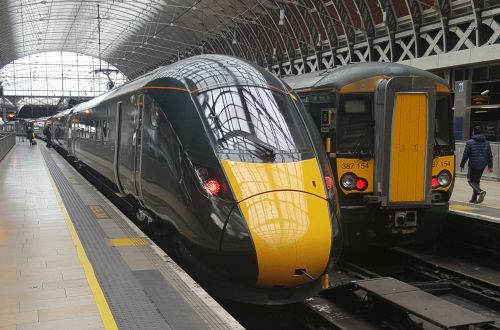 At these rates of growth, SCI Verkehr predicts that the original equipment market will grow to €14bn by 2023 and the aftersales market to €9.7bn.

The study says that the market has been massively affected by the recent wave of procurement of EMUs and dual-mode units in Britain, plus acquisitions in France and Germany.

Around €8.3bn is being invested annually in new EMUs, representing more than 90% of the total multiple unit market. There is also a trend towards replacement of ageing DMUs by hybrid multiple units.

Britain, Germany, France, Australia and Japan are the most important markets for EMUs accounting for slightly more than half of world demand. The EMU market is forecast to grow at 8% annually up to 2022. SCI Verkehr expects Britain’s domination of the European EMU market to continue through the retendering of franchises, although demand could be dampened by the recent curtailment of the electrification projects and a reduction in commuting.

“China is lagging behind due to different procurement policies but is expected to gain further market shares in the near future,” SCI Verkehr says. “After years of investment in high-speed rail infrastructure, the country’s focus has shifted towards the development of commuter rail infrastructure in urban regions.”

SCI Verkehr says Africa and the Middle East have the strongest relative market growth up to 2022. The EMU market will expand significantly because of the major contract awarded to the Gibela consortium by Passenger Rail Agency of South Africa (Prasa) for 600 six-car Alstom X-Trapolis Mega EMUs over the next 10 years, delivery of which has already started. Further momentum comes from Israel, with a planned order of double-deck EMUs.

SCI Verkehr says the most important manufacturers of EMUs are Bombardier, Stadler and Alstom, which accounted for about half of the market during the last five years. Alstom maintains its leading position in the DMU market, followed by ICF, India, which has recently delivered many DMUs to Indian Railways.

Following the merger of CNR and CSR, CRRC became the world’s fifth largest manufacturer of multiple units for deliveries between 2013 and 2017. SCI Verkehr says it expects “CRRC to continue growing dynamically and to take an ever-stronger position in the multiple unit market in the coming years, including in other countries besides its home market in China. The planned merger between Siemens and Alstom will also lead to a further consolidation in the multiple unit segment.”

The worldwide EMU fleet amounts to almost 35,000 units in 64 countries, while there are 14,000 DMU units in operation in more than 80 countries.

Data on the global passenger train market is also available through a subscription to IRJ Pro.