AUSTRIA’s Zillertal Railway (ZB) launched a tender on March 6 for a contract to supply a fleet of hydrogen trains for its 32km 760mm-gauge line from Jenbach to Mayrhofen in Tyrol. 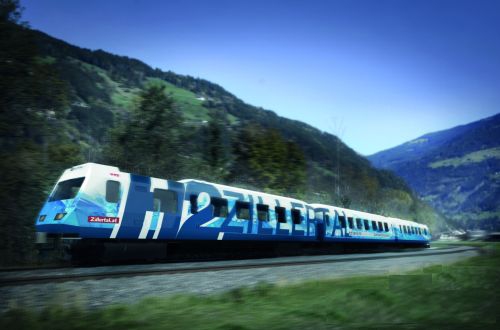 ZB announced last month that it is planning to replace its diesel fleet with hydrogen-powered vehicles as an alternative to electrification.

The tender calls for a fleet of five 75m-long multiple units, with an option for three additional trains. ZB expects to spend up to €80m on the project.

A preferred bidder is due to be selected in January 2019 and the first train will be delivered in 2021 with the aim of completing the authorisation process by February 2022. The remaining four trains will be delivered by the end of 2022.

ZB says it expects to shortlist two or three bidders for the contract later this year.

For details of the latest rolling stock tenders from around the globe, subscribe to IRJ Pro.