NETWORK Rail reopened Nottingham station on August 26 following the completion of a £100m project to remodel and resignal the station and its approaches. 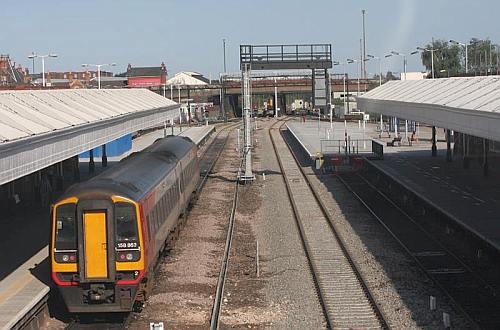 During the five week blockade, extensive modifications were made to the track layout west of the station, and all four tracks between Mansfield Junction and Nottingham are now bidirectional with London and Derby services segregated from Mansfield and Sheffield trains.

In the station area, one of the two centre through lines has been removed and an additional platform face has been constructed on the remaining through line, with the former platform 4 becoming a bay for terminating trains from the west.

At the eastern end of the station the layout has been revised to reduce the number of switches and improve flexibility, allowing trains from the east to run into the former platform 6 (now platform 7). Passive provision has also been made for a future platform 8.

The project involved laying nearly 10km of new track and the renewal of 39 points, together with the installation of 143 new signals. Two level crossings were eliminated and two more converted to CCTV operation.

Control of the signalling has been transferred from the power box at Trent Junction, which has now been decommissioned, to Network Rail's East Midlands Control Centre (EMCC) at Derby. The whole Nottingham area is now controlled by one Alstom Smartlock interlocking from two Invensys WestCad workstations at the EMCC.

The project required the complete closure of the station for 12 days, and all trains to the west were replaced by busses for the full period of the blockade between July 20 and August 26.