SPANISH infrastructure manager Adif has awarded a consortium of Alstom, CAF and Siemens a €63m contract to install ERTMS on the recently-opened Atlantic Corridor in Galicia, and on a section on the Ourense - Santiago high-speed rail line where an Alvia train derailed in July 2013, resulting in 79 deaths. 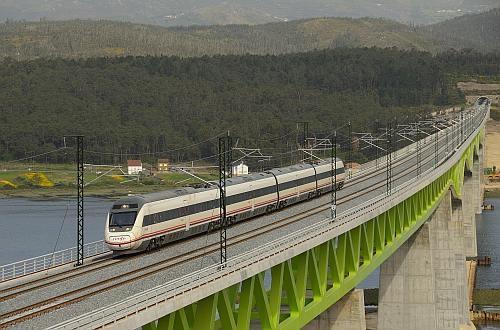 The contract includes the installation of the traffic management system at a cost of €37.5m, along with a 20-year maintenance package worth €25m.

This contract will extend ERTMS coverage to the entire 1668mm-gauge Galicia high-speed network, including the Ourense - Santiago line and the A Coruña - Santiago and Santiago - Vigo sections of the Atlantic Corridor. ERTMS will allow train operator Renfe to improve operational safety and raise the maximum commercial speed on the Vigo - A Coruña line to 220km/h.

Adif has also signed two other train control contracts in recent weeks. Siemens has been awarded a €7.4m 20-year contract to design, install, and maintain a new informatics system at Barcelona centralised traffic control (CTC) centre, while Thales will extend CTC coverage over the Gaucín - Algeciras line in southern Spain in a deal worth €19.5m.