SPANISH infrastructure manager Adif is inviting bids for a contract to install ERTMS on a 56km stretch of Barcelona's Rodalies suburban rail network in a long-awaited move to increase capacity and improve service reliability. 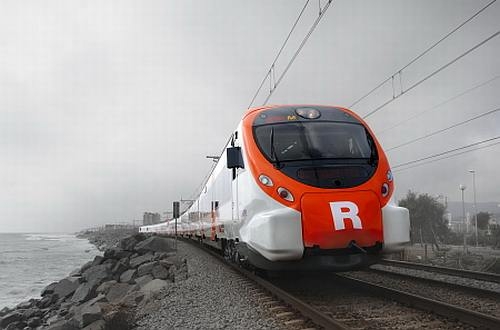 The contract has an estimated value of €56.8m and covers the design and commissioning of GSM-R and ETCS Level 2 on the section of Rodalies Line R1 between L'Hospitalet de Llobregat and Mataró. This section has 15 stations and includes the busy tunnel between Barcelona Sants and Clot-Aragó.

The winning bidder will equip the line with electronic interlockings and will maintain all signalling systems for 20 years, which adds €36.1m to the value of the contract.

Adif has also opened the tendering process of a separate 20-year contract to design, install, and maintain a new informatics system at Barcelona centralised traffic control (CTC) centre, which will be worth around €10.4m. The winning bidder will be responsible for migrating the centre from the current CTC system over a six-month period while ensuring train services remain unaffected.

On May 21 a massive CTC failure brought most suburban and regional services on the 1668mm-gauge network around the city to a halt, stopping 200 trains for more than one-and-a-half hours and affecting 80,000 passengers. Similar failures hit the network in December 2014, July 2013 and April 2011.