SPANISH infrastructure manager Adif this week confirmed that high-speed trains have finally been authorised to use ERTMS in commercial operation on the 165km Albacete – Alicante high-speed line, which was opened in June 2013. 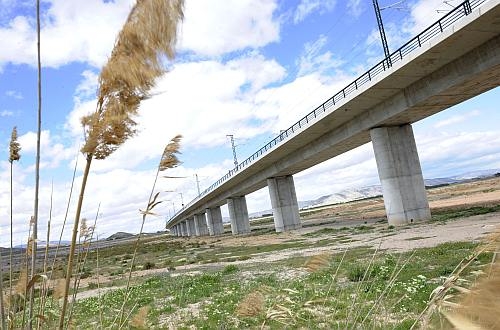 Using ECTS Level 2 (SRS version 2.3.0d), trains will now be able operate at up to 300km/h, the maximum commercial speed of the line. Previously trains were restricted to a 200km/h limit imposed by the use of the Spanish standard Asfa ATP system, which has been used as a backup during the testing phase, which has taken more than a year to complete.

Train times have not been adjusted yet, but Renfe is expected to issue a revised timetable in the coming weeks, cutting the journey time for the fastest services by 15 minutes to 2h 5min.

The Albacete – Alicante route is the first high-speed line in Spain to operate using ETCS Level 2 without ETCS Level 1 as a backup. On other corridors where ETCS Level 2 has been installed Asfa and ETCS Level 1 have been used before migrating to ETCS Level 2.

Spain has deployed ERTMS as the standard train control system on its high-speed rail network and onboard its entire fleet of 230 high-speed trains. It is also used in revenue service on Madrid's 73km suburban line C4.