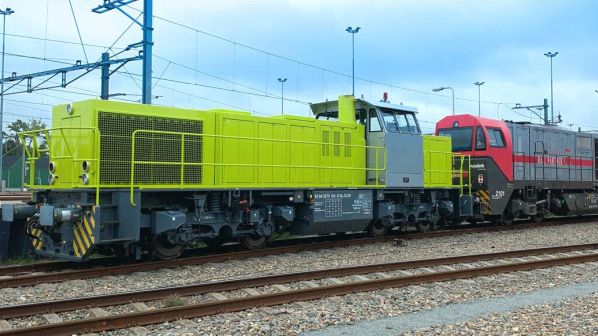 ALPHA Trains has confirmed a project to retrofit 77 locomotives in its fleet with ETCS Level 2 Baseline 3 Release 2.

Alstom/Bombardier Transportation is conducting the upgrade for the Traxx locomotives while Alstom Belgium will convert the 22 Vossloh units.

The retrofitting of the Traxx, G1206 and G2000 locomotives is part of the Dutch ERTMS programme and was co-financed by the European Union’s Connecting Europe Facility (CEF).

“The upgrade of our locomotives to ETCS Baseline 3 Release 2 is an important milestone for our locomotive business,” says Mr Shaun Mills, CEO of the Alpha Trains Group. “With the support of the European Union, we are developing prototypes for converting Vossloh's G1206 and G2000 locomotives to the new standard.

“As a pioneer among continental European rail vehicle leasing companies, we have a vision: to simplify the transport of people and goods in Europe, to enable a shift from road to rail and to play an active role in shaping a better and greener future.”