Belgian-Dutch freight traffic is due to fully switch to ETCS by 2026. 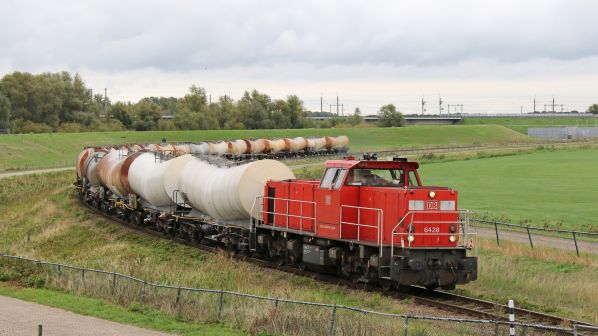 The ETCS system will be integrated with the existing Dutch ATB-EG and ATB-NG signalling systems and the Belgian national TBL1+ system.
Photo Credit: Keith Fender

ALSTOM has won a contract to equip DB Cargo’s DE6400 diesel freight locomotives with its Atlas ETCS Baseline 3 Release 2 signalling system, to prove the solution ahead of the widespread introduction of ETCS-only signalling for cross-border services.

The existing Dutch ATB-EG and ATB-NG signalling systems and the Belgian national TBL1+ system will be integrated with the Atlas ETCS system. The modification work for the first prototype will be carried out by Rotterdam-based freight locomotive maintenance expert Shunter, which Alstom acquired in March.

The contract has been subsidised by the European Union’s Connecting Europe Facility (CEF) and the Dutch Ministry of Infrastructure and Water Management. Belgian-Dutch freight traffic is due to switch to ETCS in December 2024 in Belgium and 2026 in the Netherlands.