ARTC presses on with ATMS project

DESPITE speculation that Australian Rail Track Corporation (ARTC) might not proceed with its implementation of an Advanced Train Management System (ATMS) on the interstate network, a further $A 50m ($US 49m) was allocated in last week's Federal Budget to allow the technology to be rolled out on the Port Augusta - Tarcoola line. 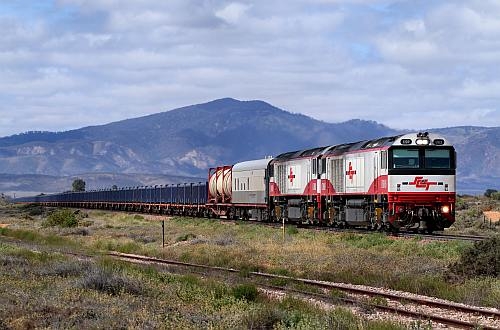 ARTC CEO Mr John Fullerton says: "this system is a first for Australia and it's at the cutting edge of rail management systems anywhere in the world."

ATMS has previously been tested in 'proof of concept' trials between Port Pirie and Port Augusta in South Australia. However, earlier this year ARTC announced that Centralised Train Control (CTC) would replace current Train Order Working on this section instead of ATMS.

Nonetheless, Fullerton says the proof of concept phase, which was concluded recently, has been a success and provides a basis for further investment in ATCS.

"With Lockheed Martin as our partner we have proven the concept in a trial environment and it's now time to put this to the test under actual operating conditions," he explains. "We intend to start the implementation on a discrete section of the network to test and trial the system under full operating conditions over the next three years before we begin discussions with rail operators and customers elsewhere to consider further rollout across our Interstate and Hunter Valley networks."