The introduction of Automatic Train Operation (ATO) on Paris RER Line A reached a milestone on April 27, when a double-deck MI09 EMU began operating under ATO on the core section of the line. 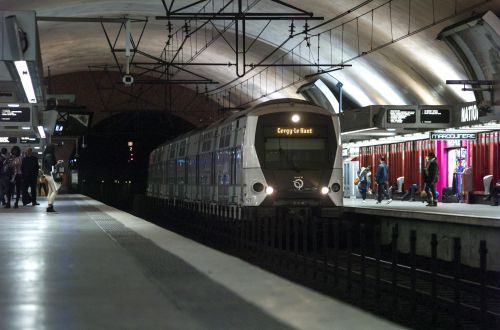 In January 2015 Paris Transport Authority (RATP) and Ile-de-France transport authority Stif awarded Alstom a €20m contract to implement the rollout of ATO on the central section of Line A between Nanterre-Préfecture in the west and Val-de-Fontenay and Fontenay-sous-Bois in the east.

The contract encompasses detailed studies, development of a prototype, onboard equipment, testing, and project support services.

The ATO solution developed by Alstom overlays the existing Sacem ATC system, which was introduced in 1989 and upgrades the line to Grade of Automation (GoA) 2, with the driver continuing to start the train and operate the doors.

By November 2018, Alstom will install ATO onboard equipment on the line’s entire fleet of 183 MI2N and MI09 trains.

The project will reduce journey times between Vincennes and La Défense by two minutes, representing a 5km/h increase in the commercial speed on the core section.

The 108km Line A links Saint-Germain-en-Laye, Cergy Le Haut, and Poissy in the west with Boissy-Saint-Léger and Marne-la-Vallée – Chessy in the east and carries around 1.2 million passengers per day.

In addition to the project on Line A, RATP is also studying the rollout of ATO on Line B, and the authority is also planning to introuduce an interchangable and interoperable CBTC solution on the common section of Line B and Line D.