ATO trials to start in the Netherlands in 2018

DUTCH rail infrastructure manager Prorail plans to start trials with automatic train operation (ATO) in 2018 on the Betuweroute freight line between the port of Rotterdam and the German border near Emmerich. 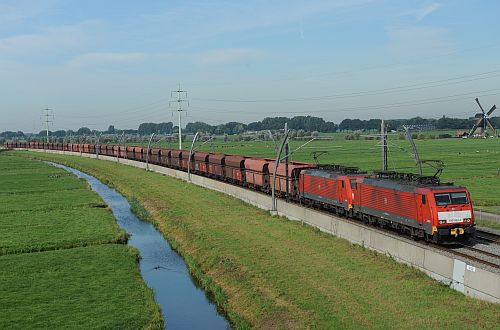 Prorail chose this line as it is already equipped with ERTMS and does not have any level crossings. Alstom will work with Prorail on the project which will involve trials with freight trains and shunting in the port of Rotterdam.

Prorail also plans trials with the driverless operation of passenger trains in the north of the Netherlands on non-electrified regional lines operated by Arriva Nederland, and negotiations are already underway between Prorail, the Province of Groningen, which is the public transport authority, and Arriva. This will be the first test of ATO in passenger traffic on conventional lines which include level crossings.

Prorail hopes that the introduction of ATO will help to increase capacity on regional lines by cutting headways as well as reduce energy consumption through the more consistent operation of trains.