MANAGEMENT of Denmark’s national ERTMS rollout and the introduction of CBTC on the Copenhagen S-Train network has been strongly criticised in a report by the country’s National Audit Office, which was published on January 25. 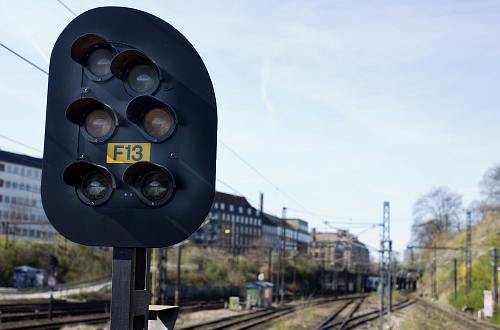 With the signalling programme now DKr 4.4bn ($US 630m) over budget and up to three years behind schedule, the auditor says Banedanmark had “inadequate control” over the project and argues that the Ministry of Transport should have been more critical of the infrastructure manager’s information about progress.

The report states that Banedanmark and the ministry underestimated the complexity and the scale of the work involved in the signalling programme, noting that there are still “significant risks of increasing costs and delays, which require strict control of the programme.”

The auditor says Banedanmark’s management of the project has been based on “misleading and inaccurate” information on the programme’s progress and costs.

The report also notes that the Ministry of Transport has been aware of serious problems in the programme since autumn 2014, but failed to obtain information from Banedanmark on the true extent of the problems facing the programme.

Banedanmark published a revised timetable for the implementation of the signalling programme last October, deferring the completion date for the national rollout of ETCS Level 2 from 2021 to 2023. The deadline for implementation of CBTC on the Copenhagen S-Train network was also pushed back to 2021.

“We have had problems providing adequate evidence of the programme’s progress and our financial system did not have sufficient transparency,” Banedanmark’s signalling programme director Mr Jan Schneider-Tilli said in a statement on January 25. “We are in the process of change, with full transparency in our financial management. In addition, we are working with our suppliers to ensure the programme makes progress, with adequate documentation to show this.”

The main line rollout will start with the Roskilde - Køge - Næstved and Frederikshavn - Lindholm - Hobro lines, followed by the Copenhagen - Ringsted line. All three routes will be equipped with ERTMS by 2018.