RESEARCHERS at the University of Huddersfield have developed a new software tool which harnesses big data to reduce the risk of Signals Passed at Danger (Spad) incidents. 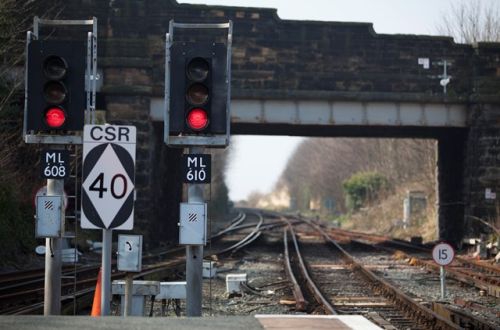 The Red Aspect Approach to Signals (Raats) has been developed using live feeds from the British network, which have recorded 137 million incidences of trains approaching signals. Working in partnership with the Rail Safety and Standards Board (RSSB), Dr Yunshi Zhao and Mr Julian Stow from the University’s Institute of Railway Research (IRR) used this data to develop an algorithm which provides an accurate figure for the number of occasions when a signal is displaying a red aspect.

An initial survey of seen signalling areas showed that 3.3% of all approaches were to red signals.

The University says that with further development, Raats will enable train operators to focus on individual signals and the number of occasions when they have been red when a train is approaching.

Stow says this will support route-specific driver training and will also provide valuable data for timetable planning and other strategic issues.

The algorithm behind Raats is now being made freely available online to train operators in Britain to enable further development of the tool.

The project is the result of a £5m strategic research partnership between the RSSB and the IRR.