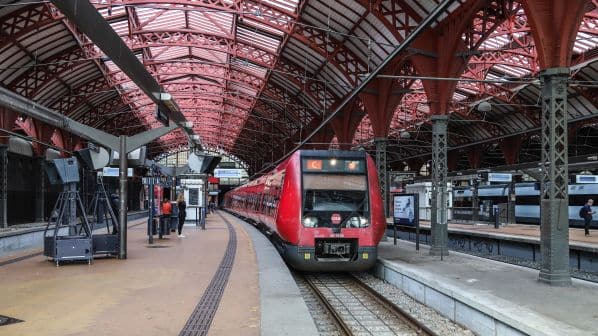 DANISH infrastructure manager Banedanmark has announced the completion of the programme to install CBTC on the Copenhagen S-Bane, with the entire 173km standalone network now controlled by new digital signalling.

Banedanmark says that the millions of passengers who use the S-Bane every year can look forward to fewer delays and cancellations due to signal failures, as the outdated legacy signalling system was becoming increasing unreliable.

Banedanmark adds that staff at the S-Bane control centre can now manage train operations more efficiently, and react more quickly to incidents that could affect punctuality. They also have much more precise train location information which enables more accurate updates to be provided to passengers.

The programme to install CBTC on the Copenhagen S-Bane network began in 2016. It should enable Grade of Automation 4 (GoA4) to be implemented by 2037, allowing completely driverless operation.

“With the new signalling system, passengers on the S-Bane can look forward to a more stable train service,” says Mr Janus Steen Møller, director of signalling systems at Banedanmark. “It is a major upgrade that will benefit passengers in terms of fewer signal failures and better traffic management.”

“This will make the S-Bane an even more attractive mode of transport in the future, and is an important step in the drive for green transformation and less congestion.”.

“Our train drivers have found their daily work easier with an automated system that enables more flexible traffic management,” says Mr Per Schrøder, director of operations at Danish State Railways (DSB), operator of the Copenhagen S-Bane.

“It's great that the entire S-Bane is now on the new signalling system."

The April edition of IRJ included an in-depth report on the Copenhagen S-Bane CBTC project. Registered subscribers can read it here.