INVENSYS Rail Dimetronic has begun dynamic testing of the signalling system on the initial 4.3km section of Singapore's Downtown Line between Chinatown and Bugis in preparation for the start of commercial services in October. 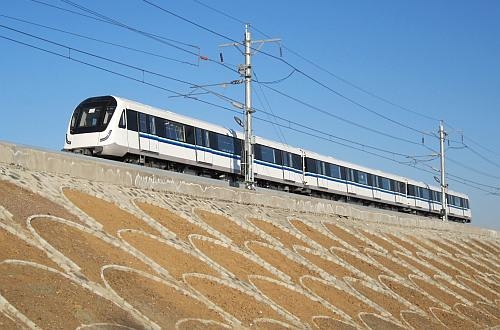 Singapore Land transport Authority awarded Invensys a $S 228m ($US 185m) contract in December 2008 to supply signalling systems for all three stages of the 42km line, and installation work was subcontracted by Invensys to Singapore Technologies Electronics in a $S 28m deal signed in 2010.

The line is equipped with Dimetronic's Sirius CBTC technology and Rail 9000 ATS, and will operate in full-automatic driverless mode from the outset. Test running will begin in March using C951 three-car trains, 73 of which are being supplied by Changchun Bombardier Railway Vehicles, China.

The 16.6km Stage 2 from Bugis to Bukit Panjang will be completed in 2015 and the final 21km eastern section from Chinatown to Expo will open in 2017. The 34-staion line will be operated by SBS Transit and is expected to carry more than 500,000 passengers per day.