THE Czech Ministry of Transport’s (MDCR) Committee to Increase Traffic Safety has approved a timetable for the rollout of ETCS on all Czech core Trans-European Network for Transport (TEN-T) lines by 2030 during a meeting on October 8. 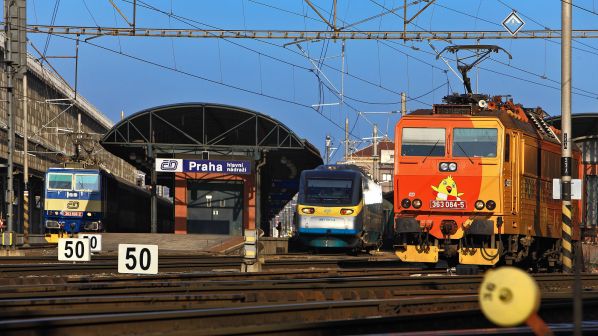 The rollout of full ETCS on TEN-T lines, which MDCR designates as A lines, will begin from 2025. At present, the lines use ETCS in a supervisory role in combination with the legacy LS signalling and control system.

The project will include:

Following the implementation of full ETCS on these transport corridors, trains not equipped with the system will not be permitted to operate on the lines.

The committee also approved additional funding to improve the safety of signalling on local lines, with some lines earmarked to receive upgrades to incorporate elements of ETCS. Improvements are expected to be rolled out between 2022 and 2026.

The project’s budget was announced by MDCR in August. The eventual implementation of ETCS across the entire national network is expected to cost around Koruna 84bn ($US 3.6bn) when the project is completed in 2040. A further Koruna 23bn is expected to be necessary to equip all rolling stock on the network.

The ETCS programme will be funded primarily through the European Commission’s (EC) Connecting Europe Facility (CEF).

The EC also approved an additional €134m of funding in February to extend the Czech government’s state aid programme to support the installation of ETCS on rolling stock.