DB and Siemens launch signalbox of the future project

GERMAN Rail (DB) and Siemens launched a pilot project today for what they describe as the "signalbox of the future" using open-interface signalling architecture. 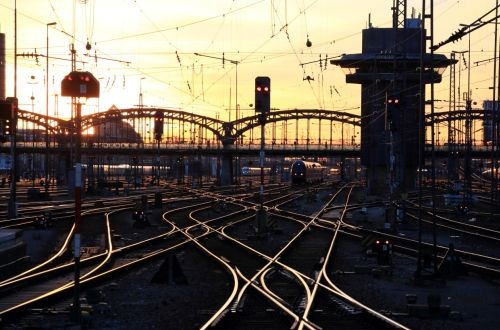 The ceremony held at Annaberg-Buchholz on the Chemnitz – Vejprty Erzgebirge line was attended by Mr Hansjörg Hess, chief operating officer of DB Networks, and Mr Klaus Bremer, head of Siemens Germany. "Our vision is an IP-based mini-signalbox, controlled, monitored and diagnosed from anywhere in the world," says Bremer.

"We are pleased to announce the launch of this visionary signalling project," says Hess. "Intelligent communication networks, and the associated standardisation and modularisation of the technology, are the way forward for the coming years. They allow us to run the railway in a more economic, resource-efficient way for our customers."

Open-interface signalling architecture should offer a simpler solution than current electronic signalboxes. It is intended for use on both heavily-used main lines as well as for simpler applications in rural areas. Further pilot projects are envisaged up to 2016 in order to test the concept under real conditions before the system can be deployed nationally.

Annaberg-Buchholz was the location in 2005 for a pilot project with Siemens to test a new generation of electronic signalboxes.