GERMAN infrastructure manager DB Networks has announced plans to invest €95m in renewal of signalling systems in the 6km Frankfurt City Tunnel to increase capacity and improve reliability in the core of the Rhine-Main S-Bahn network. 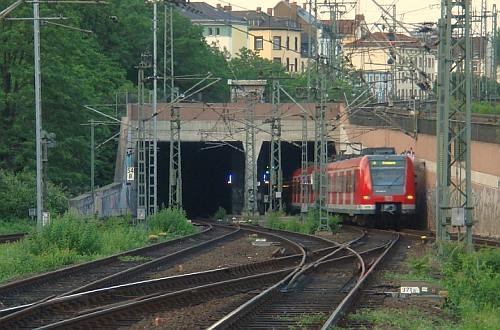 The project is due to be completed in 2018 and involves replacing the relay-based interlocking, which dates from the opening of the tunnel in 1978, with an electronic interlocking. DB Networks will replace 154 signals, hundreds of axle counters, and 160km of cables.

The tunnel from Frankfurt Main Station to Frankfurt Local Station and Mühlberg has six stations and is used by eight S-Bahn lines with up to 24 trains per direction per hour at peak times.

Lack of easy access and the confined space inside the tunnel means specialist solutions will be required for installation of the new equipment. A blockade will be carried out at the end of July as traffic falls by up to 20% during the summer holiday period, but much of the work will be carried out during overnight possessions.