Ricardo will act as the assessment body and will support DSB throughout the duration of the project. 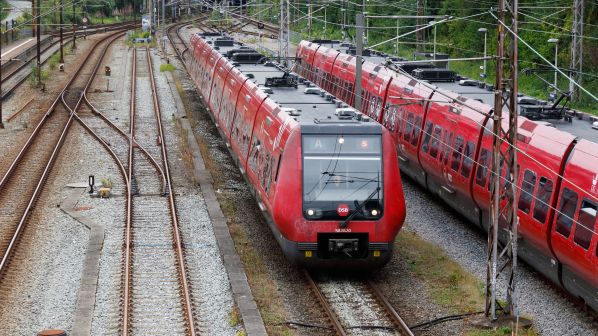 GoA 4 is expected to be active on the first Copenhagen S-Bane lines by the end of the decade.
Photo Credit: Shutterstock/Roland Magnusson

DSB announced its intention to upgrade operation of the 173km standalone S-Bane network to GoA 4 in December 2017 following the findings of the Future Rail Network Strategy, complied alongside Rambøll and Parsons. The operator subsequently appointed a joint venture of Cowi, Parsons, Systra and Implement Consulting for an eight-year multidisciplinary framework contract to support implementation of the project in January 2021.

DSB is responsible for overseeing the safe integration of a range of technical, operational and organisational aspects for the project. Work will require upgrading CBTC on the network, the rollout of which is scheduled for completion by the end of the year. DSB is expected to launch a new fleet on the network by 2026, beginning the procurement process in 2019, although a supply contract has not yet been confirmed.

In addition, the programme requires significant organisational changes through the transition of infrastructure and operational staff from Banedanmark to DSB. Ultimately a new organisation will be formed, which is currently referred to as Future S-Network, to oversee the migration period and ongoing operation.

As part of this process, Ricardo will ensure that processes used for managing hazards and evaluating risk throughout the programme are compliant with the European Common Safety Method on Risk Evaluation and Assessment Regulation (CSM RA). Ricardo employees will work with DSB’s project teams throughout every step of the programme, from the tendering and design phases to full operation, performing independent assessments and compiling Safety Assessment Reports and supporting documentation for inclusion in the project’s application to the National Safety Authority for phased approval of the automated system.

“Our experience of performing an equivalent role on Denmark’s adoption of ETCS technology on its national mainline network has shown how migrating from existing systems to new automated processes requires robust approvals strategies, clearly communicated transition arrangements, and a consistent method for capturing compliance evidence that is understood by project teams and the supply chain alike,” Ricardo says.

Upon completion of the project, the Copenhagen S-Bane will be one of the largest and fastest automated mass transit systems in the world, which is able to offer metro-style frequencies. The first lines are expected to enter service by the end of the decade with the entire rollout complete by 2037.

The April edition of IRJ will include an update on Denmark’s national ERTMS and Copenhagen S-Bane CBTC projects.