RHEINBAHN, the operator of Düsseldorf's light rail network, has awarded Siemens a contract to resignal the 11km Stadbahn tunnel beneath Düsseldorf city centre. 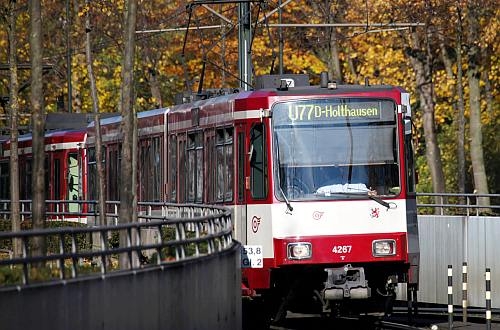 Conversion will take place in several stages to avoid disrupting traffic in the four-track tunnel, which is shared by services operating on seven different lines. Siemens will equip the line with its Trainguard ZUB 222 train protection system for semi-automated operation. The relay-based interlocking will also be replaced with a Siemens Trainguard Sicas ECC electronic interlocking.

The Stadtbahn network was constructed in the 1970s and 1980s, with the central tunnel opening in 1988, and signalling equipment on much of the system is now obsolete.