Dutch secretary of state for infrastructure Mrs Sharon Dijksma announced on January 14 that the phased rollout out of ERTMS across the national network will be delayed because more time is needed to plan implementation of the programme. 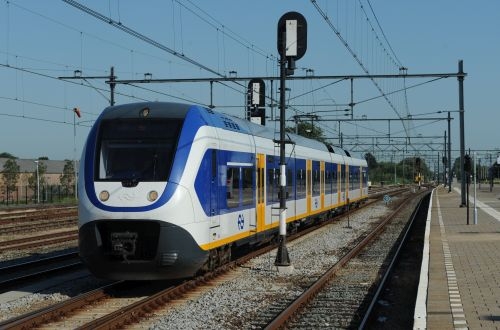 Under plans announced by Dijksma's predecessor Mrs Wilma Mansveld in 2014, most of the mainline network was due to be equipped with ETCS Level 2 by 2028.

Dijksma argues that other countries such as France and Germany are not meeting their commitments to ERTMS, and it has become clear that the rollout of ETCS on the Amsterdam - Utrecht - Geldermalsen corridor will not be completed by 2020, as previously envisaged. The Dutch government has informed the European Commission about this delay.

The  ERTMS programme will now be revised to reflect developments at a European level, taking into account the status of deployment in neighbouring countries.

Dijksma argues that slowing down the rollout will benefit the programme, enabling the Netherlands to draw on best practice from other countries where large-scale implementation is underway, such as Belgium and Denmark.

A new rollout strategy is under development and this will be linked to planning in other European countries. Stakeholders including infrastructure manager Prorail, train operators, leasing companies and regional public transport authorities and industries will be invited to contribute to the development of the new plan.

Explaining the reasons for the delay, Dijksma refers to the damning conclusions of the cross-party Parliamentary Fyra Enquiry Committee, specifically the recommendation for extensive integral testing before putting a new system into operation. The testing plan for the ERTMS programme will therefore be strengthened and expanded.

The finances of the ERTMS programme have also come under the spotlight following a critical report by the Dutch Audit Department. The Department issued a negative control statement for 2014, and is expected to reach a similar conclusion for 2015. Dijksma has committed to improving budget management, and a dedicated team was established in November to bring the finances of the project back under control. The team has already recommended that more time will be needed to implement a well-developed system.

The ERTMS rollout plan has a fixed budget of €2.58bn, and slowing implementation will affect the Ministry of Infrastructure's cash-flow. Extending the timescale for the programme will free-up funds for other projects such as the expansion of Amsterdam Schiphol Airport station, a major bottleneck on the Dutch network. Until now, no budget has been allocated this project.