DENMARK’s infrastructure manager, Banedanmark, has launched ERTMS on the 73.6km single-track line between Thisted and Struer in northwest Jutland. 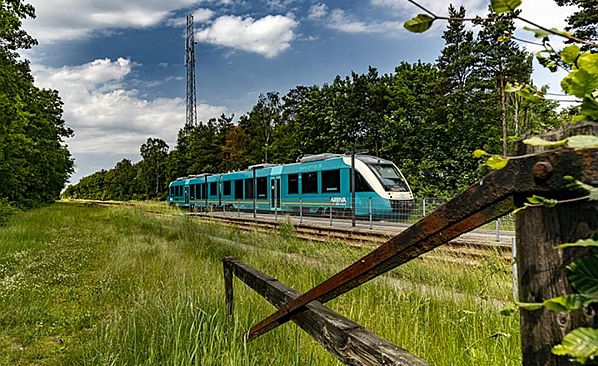 Banedanmark has launched ERTMS on the Thisted - Struer line in Jutland.

Banedanmark has been gradually switching over to ERTMS on the line, which is owned by Thybanen and operated by Arriva, since mid-February. “Everything has gone according to plan, and Arriva has now started to run on the new signal system on the entire route between Thisted and Struer,” says Banedanmark.

“Passengers will experience fewer delays,” says Arriva’s director of train operation, Ms Susanne Hejer. “It will also give us the opportunity to optimise timetables and to allow trains to run closer to each other. We look forward, in collaboration with Banedanmark, to rolling out the rest of the signal system on our other routes in middle and west Jutland over the next few years.”

“With the new system we get a more stable train operation,” says Mr Søren Boysen, director of signalling systems with Banedanmark. “At Thybanen, we also get an even higher level of safety, because there has not been automatic train control in the past.” Banedanmark expects to see the elimination of 80% of delays due to signal-related faults on the rail network as ERTMS is rolled out.

This is the third line in Denmark where ERTMS has been installed as part of the national rollout and follows its introduction on the Vendsysselbanen from Lindholm to Frederikshavn in northeast Jutland and between Roskilde and Køge on the main island of Zeeland. Banedanmark has also launched communications based train control (CBTC) on two S-Bane lines in Copenhagen.