The section forms part of the line that will connect with the Fehmarnbelt tunnel. 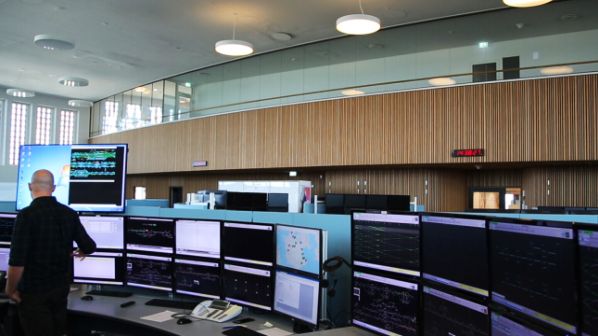 DANISH infrastructure manager Banedanmark has completed the installation of ETCS Level 2 Baseline 3 on the Mogenstrup - Nykøbing Falster section of the Ringsted - Femern line, the sixth main line to be equipped with ETCS in Denmark. The line runs between Ringsted and the under-construction Fehmarnbelt tunnel.

“With the new signalling system, we are giving the railway a massive technological boost,” says Ms Thilde Restofte Pedersen, director of the Signalling Programme. “The trains will go from running with old, analogue signals from the 1950s and early 1960s to the digital technology of the 21st century. This means that trains will be able to run both faster and more frequently. This is an important step towards making the future corridor to Europe fit for the future of rail transport.”

Alstom was awarded a €300m contract in 2012 to install ETCS in Zealand and Fyn, comprising 510km of double track line and 260km of single track. The contract also includes 25 years of maintenance and supplier is also equipping 789 rail vehicle with ETCS under a separate €200m deal. A joint venture of Thales and Strukton are installing ETCS on the western portion of the network.

Banedanmark says the roll-out of the new signalling system, trains, rails and traffic centres will improve the use of capacity on the lines, allowing more trains to run and improving traffic information for passengers.

“With the new signalling system, both traffic planning and traffic management will be more automated, and a new digital system with fewer components in the track will mean fewer signalling errors,” says director of signalling systems, Mr Janus Steen Møller. “In this way, the new system is significantly more technologically advanced than its predecessor, and this will be reflected in punctuality for the benefit of passengers. At the same time, the new signalling system is a prerequisite for the electrification of the railway. It is therefore also an important part of preparing the railway for the new, climate-friendly electric trains.”

Banedanmark will closely monitor the system but warned there may initially be teething issues that could disrupt services.

In 2022, the infrastructure manager plans to install ETCS on the Vigerslev - Ringsted line in Zealand, and the Vejle - Holstebro and Herning - Skanderborg sections in Jutland.

The rollout of ETCS across the Danish mainline network was approved in 2009, and was originally scheduled to be completed in 2023. This target was pushed back to 2030 by the government in November 2017, when it became clear that plans for the project were overambitious. Reasons cited included an overestimation of timescales to develop, test and stabilise the system, and an overambitious budget projection.

The project’s budget was originally set at DKr 24.9bn ($US 4bn) but was reduced to DKr 4.5bn in 2011-12 after Banedanmark received unexpectedly low contract offers. However, as the project as continued, subsequent budget revisions have returned to levels anticipated in the original business case.