A financing agreement committing €116.9m in EU funding towards the deployment of ERTMS on the Paris - Lyon high-speed line was presented to French transport minister, Ms Elisabeth Borne, by European Transport Commissioner, Ms Violeta Bulc, at the TEN-T Days event in Ljubljana on April 25. 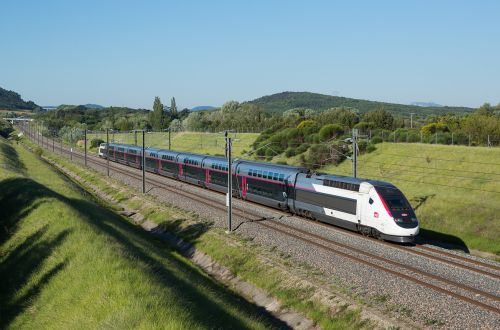 The grant from the EU’s Connecting Europe Facility (CEF) will cover 40% of the €292m cost the ETCS Level 2 Baseline 3 trackside deployment on the 483km Paris - Lyon high-speed line, the northern section of the Lyon bypass, and 13 connections to the conventional network. It also covers the renewal of 26 interlockings, installation of Radio Block Centres (RBCs) and General Packet Radio Service (GPRS) required for the operation of ERTMS.

The Paris - Lyon high-speed line is France’s busiest, hosting a third of domestic TGV traffic and carrying 44 million passengers in 2017. The most heavily-utilised section of the line is used by an average of 240 trains a day and the line is now operating at capacity in the peak.

The European Commission has already provided two grants in 2013 and 2016 to fund studies into the deployment of ERTMS on the route.

The ERTMS project is a key part of a €600m investment in the line, which also includes improvements to power supplies (€60.2m), adapting infrastructure for more frequent services (€53.3m) and an environmental improvement programme (€23.4m).