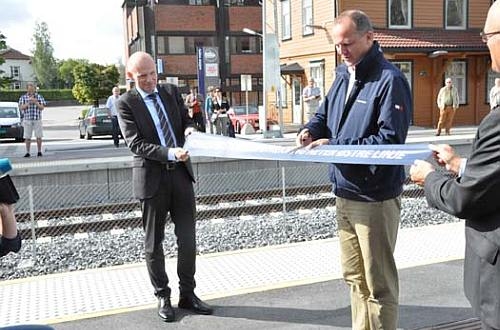 Jernbaneverket began work on its ERTMS programme in 2008 and trial operation using ETCS Level 2 without lineside signals began on the Rakkestad - Sarpsborg section of the Østfold Line in November 2013. The system is now fully operational on the remainder of the route.

Jernbaneverket has invested around NKr 600m ($US 72.4m) in the project and has spent a further NKr 600m on other improvements to the line including the modernisation of stations and track renewals.

Prequalification of suppliers is due to start next year for the next phase of Jernbaneverket's national ERTMS rollout and contracts will be awarded in mid-2017. The system will initially be installed on the 43km Norwegian section of the Narvik - Kiruna iron-ore line, the 371km Oslo - Bergen line, and the 720km Trondheim - Mo i Rana - Bodø line. The entire mainline network will be equipped with ERTMS by 2030.