FUNKWERK has secured a contract from Hamburger Hochbahn, the operator of Hamburg's U-Bahn network, to install its Alister SIL 2 electronic interlocking for depot control at the Barmbek depot. Commissioning is scheduled for November 15. 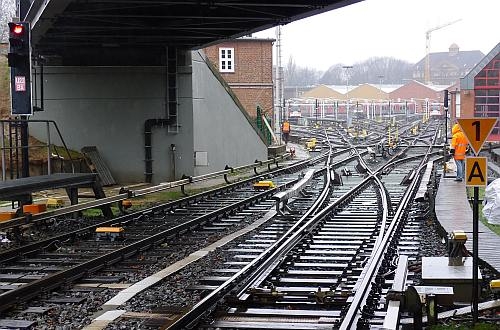 The depot consists of five covered workshops all with separate rail access where servicing, maintenance and repair work on the network's vehicles takes place. At present the depot is controlled from a relay interlocking situated at Barmbek. To carry out the upgrade, this control area will be separated from the old interlocking and replaced by the Alister interlocking with the order including implementation of electronic interfaces to the adjacent relay interlocking, the central operations and monitoring control system and the depot warning and door control systems.