HAMBURGER Hochbahn (HHA) has selected Funkwerk to supply an electronic interlocking system based on the Alister platform at its Saarlandstrasse metro train depot. 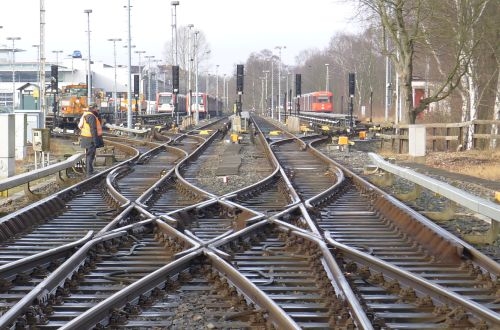 HHA is replacing the existing relay-based interlocking with the new technology which is adapted to current operational requirements. The system can be operated from a local workstation or by remote control at HHA's operations control centre. Alsiter utilises standard industrial components which reduces installation time and life-cycle costs.

The contract with Funkwerk also includes implementation of interfaces with the neighbouring relay interlocking and HHA's existing operations control system which was also supplied by Funkwerk.