Contract includes the supply and installation of ETCS Level 2. 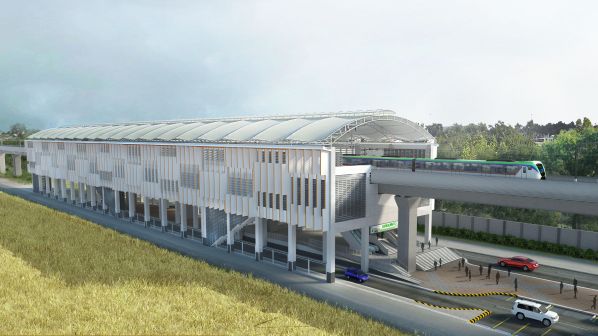 An artist's impression of the future NSCR station at Guiguinto.
Photo Credit: Hitachi

THE Philippines Department of Transportation has awarded Hitachi Rail a $US 814m contract to deliver electrical and mechanical systems as well as track work for a 35.4km section of the planned North-South Commuter Railway (NSCR) project between Solis and Malolos.

The contract includes the supply and installation of ETCS Level 2 as well as electrification, telecommunications, depot equipment, fare collection and track work on the stretch of line north of Manila, which includes nine stations.

The complete 147km North-South Commuter Railway will run from Clark International Airport to Calamba via Manila and the Philippines government confirmed last month that construction will begin in 2023. It is funded through a $US 4.3bn loan by the Asian Development Bank (ADB) with the Japanese International Cooperation Agency (Jica) financing the railway systems and rolling stock.

DoTr recently signed four civil works contracts worth a total of $US 1.87bn, covering the 55km southern section of NSCR from Manila to Calamba, known as the South Commuter Railway Project (SCRP).