KOREAN national operator Korail has awarded Hyundai Rotem a contract to verify the stability and compatibility of the Korea Train Control System 2 (KTCS-2) signalling system, which will be used to standardise signalling across the country. 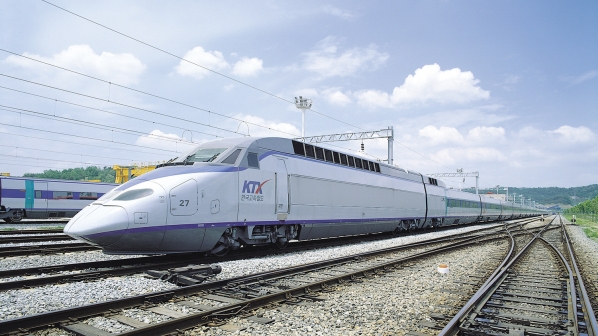 The KTCS-2 unit will be tested on a Korail train.

The system uses LTE-R, which allows broadband networks to expand from solely carrying voice to include voice, video, text, images, and locations. The trial, which is due to be completed in 2022, with take place on the 180km Iksan - Yeosu section of the Jeolla Line.

KTCS is intended to provide a lower-cost alternative to international signalling systems such as ETCS.

Different signalling systems are currently used across Korea’s high-speed and conventional network. Information can also only be sent from the control room to the train, making it difficult to monitor the train and detect any faults.

The KTCS-2 system will allow trains to operate across all routes without the need to change signalling systems, and enable two-way communication between the train and the control room in real time, improving operational efficiency and allowing a rapid response to emergencies.

The order comes a month after Korail awarded Hyundai Rotem a Won 9.6bn contract to trial KTCS-M, the urban rail equivalent of the signalling system, on a 6.6km section of Seoul Metro’s Ilsan Line. Hyundai Rotem says the KTCS-M market could be worth up to Won 550bn by 2024.

Hyundai Rotem says it is continuing to develop KTCS-3, a wireless signalling system that could support automatic high-speed operation.