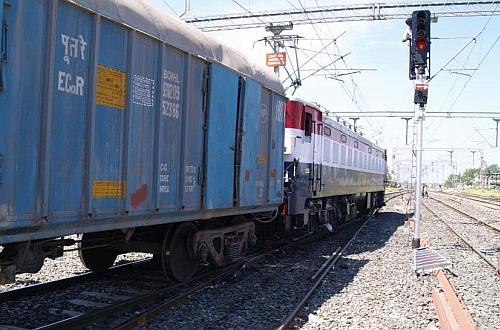 The Train Collision Avoidance System (TCAS) is designed to automatically trigger a brake application when a signal is passed at danger (Spad).

Trials were conducted this month at Tandur station, west of Hyderabad in Andhra Pradesh. Two TCAS-equipped locomotives operated a series of test runs, simulating scenarios including head-on collisions, rear-end collisions, and Spads. The trains ran at converging speeds of 200km/h for the head-on tests, and 60km/h for Spad and collision demonstrations.

The tests were witnessed by the chairman of the Indian Railways Board Mr Vinay Mittal and other senior officials. Following the success of the tests, RDSO says TCAS could be rolled out by Indian Railways on a limited basis within six months.