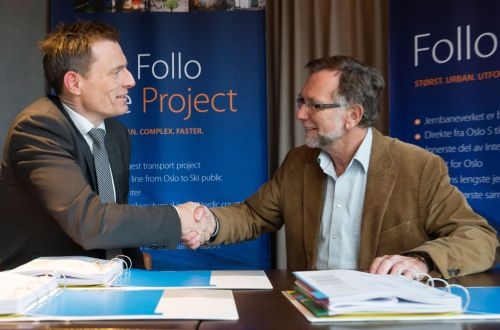 The signalling system for the new 22km double-track line linking Oslo and Ski will be delivered under a framework agreement with Thales. The final contracts for signalling in the new 20km tunnel and the final phase of Ski station will be signed later.

Under this contract, Thales will replace the existing relay system at Ski station with a new interlocking. The line will be equipped with full automatic train control using Eurobalises and axle counters to detect trains. It will be prepared for the future installation of ETCS Level 2 for which a separate contract will be awarded.

Thales will start work immediately, and when completed in December 2018 the section from Oppegård to Holstad will be controlled from the new signalling system at Ski.

Ski station is being rebuilt with three island platforms and six tracks, a new pedestrian underpass, road bridge, and bus terminal and an extended parking area. The work will be completed by 2020.