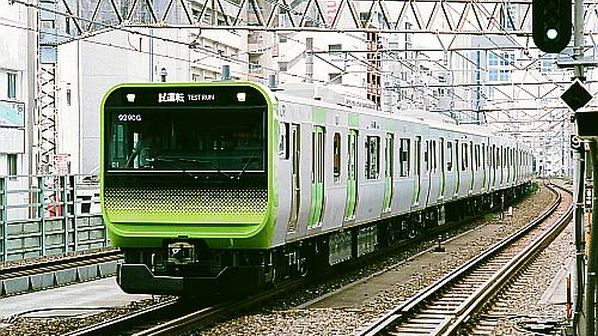 JR East is conducting ATO trials with a series E235 EMU on the Yamanote Line in Tokyo.

JR East is conducting the ATO trials with an 11-car series E235 EMU. The first two trials took place after the end of passenger service on December 29 and 30, and two more trials are scheduled for the nights of January 5 and 6.

JR East is developing what it describes as a high-performance ATO device, which it says is essential for realising driverless operation. The ATO device accelerates and decelerates the train and ensures it stops in the correct position. There is also an automatic train control system to prevent trains colliding and exceeding speed restrictions.

JR East will also test the visibility of a head-up display installation in the train, which directly projects information to the front of the cab during operation.