CROSSRAIL, which is building a £14.8bn, 118km east-west rail link across London, has awarded a contract worth around £50m to a joint venture of Siemens and Invensys Rail to install a communications-based train control (CBTC) system on the busy central section of the line. 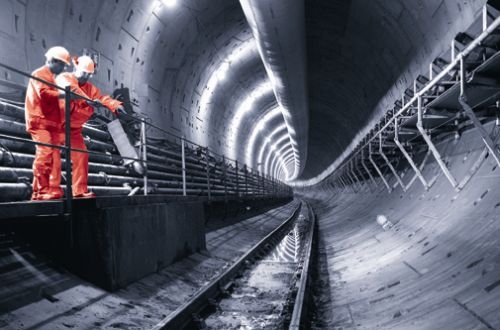 Other bidders included Thales and Signalling Solutions, a joint venture of Alstom and Balfour Beatty. Bombardier withdrew from the bidding earlier in the year.

CBTC will be installed on the mainly-underground section of Crossrail from the west of Paddington to the east of Liverpool Street, where the cross-city section will join upgraded existing tracks, plus the branch to Abbey Wood. It will be designed to operate 24 trains per hour per direction during peak periods, with trains being driven automatically and provision to increase the number of trains to 30 per hour in the future.

The contract includes installing CBTC equipment on the fleet of 63 trains, which have yet to be ordered, and ensuring interfaces with ETCS Level 2 signalling, which is due to be installed west of Paddington to Heathrow Airport and Maidenhead by 2017, and conventional signalling east of Liverpool Street. Crossrail is due to start trial operation in 2018 and will open in three stages during 2018-19.

There must also be provision to eventually migrate from CBTC to ETCS Level 3, which does not yet exist in a form which can cope with such a high-frequency train service. The central section of Crossrail is classified as an interoperable railway, even though it will only ever be used by one type of train, and would therefore normally have to comply with Technical Specifications for Interoperability (TSI). However, as CBTC systems are not compatible with TSIs, Crossrail obtained derogation from the European Commission in 2011 on the condition that ETCS Level 2 is adopted at some point in the future.