THE government of the Australian state of Victoria announced on July 18 that CPB Contractors and Bombardier Transportation will deliver the $A 1bn ($US 790m) Rail Systems Alliance (RSA), which it says includes the first rollout of a high-capacity signalling and communications system on an existing rail network in Australia. 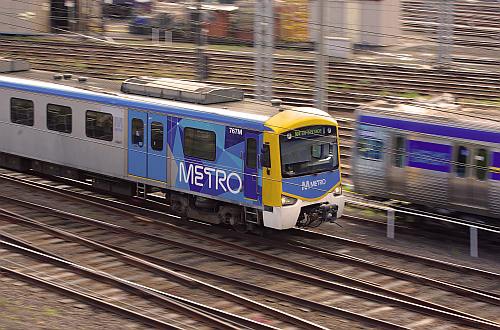 As part of the $A 11bn Metro Tunnel project, RSA will install high-capacity signalling over 55 route-km of the Melbourne suburban network.

The government says the technology will allow the introduction of 2-3 minute headways, boosting network capacity from 20 trains per hour to between 24 and 30 trains per hour..

As part of the broader modernisation of the network, the Evolution Rail PPP consortium will supply 65 new high-capacity EMUs, which will be equipped with cab signalling.

Dedicated control centres will be built in Dandenong and Sunshine to support the new technology. Passenger safety will also be improved at the five new Metro Tunnel stations with the installation of platform screen doors.

The government will also invite expressions of interest this week for the final major works package for Metro Tunnel project - the Rail Infrastructure Alliance (RIA).