HONG KONG’s metro operator MTR has postponed the commissioning of signalling and the rollout of new trains on the East Rail Line (EAL), following the discovery of technical issues with the signalling system. 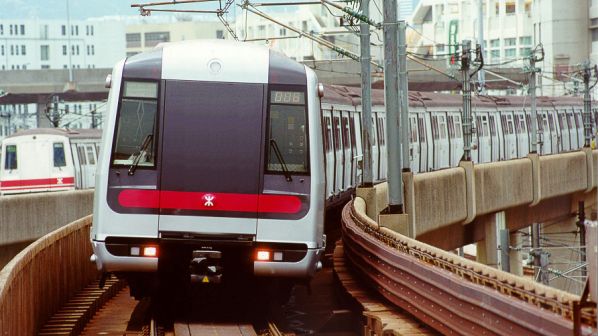 The announcement was abruptly made by the operator on September 11 shortly before commissioning of signalling on the line was due to begin. The news follows the discovery of route-setting problems, which could potentially cause a train to deviate from its intended route, and instead follow the train in front to its destination.

MTR says it will wait until a technical solution has been found before redeploying the new signalling system. However, it insists that the issue does not pose a safety risk due to the network’s use of automatic train protection (ATP).

The signalling was installed by Siemens as part of a $HK 850m ($US 109.7m) contract awarded in December 2012 for the upgrading of signalling on the EAL.

MTR had also planned to begin operation on the line using a mixed fleet of existing 12-car and initially six new nine-car trains from the start of commissioning until the remaining 31 new trains were completely phased into service over the next 18 months. However, this has now also been postponed, and services will continue to operate exclusively using the old 12-car trains.

The 37 new trains were designed and manufactured by Hyundai Rotem under a $HK 4bn contract signed in December 2012, and were delivered between 2015 and 2020. The new trains are shorter than the older trains to better accommodate for the geographical limitations of Hong Kong Island. To compensate, peak services will be increased from 20 trains an hour to 27 once phasing in is complete.

MTR says a new commencement date for the new signalling and trains will be announced in due course.

However, in a comment to the South China Morning Post, Mr Henry Cheung Nin-sang, chairman of the Association of Hong Kong Railway Transport Professionals, suggested that the projects could be delayed from MTR’s previous target of late 2021 until the third quarter of 2022.

MTR previously stated that despite disruption caused by the coronavirus pandemic, which restricted supply chains and overseas support, it still intended to meet its original 2022 completion date. MTR has reported a 37.7% decline in passengers for the first six months of 2020 as a result of the pandemic, compared with the same period in 2019.

MTR says it will set up an investigation panel in response to the issue, which is expected to submit a report to the Hong Kong government within three months.

The panel is chaired by Mr Edmund Leung, former president of the Hong Kong Institution of Engineers, and is expected to make inquiries into MTR’s knowledge of, and response to the technical issues, the operator’s internal reporting processes, and whether the process for informing the government was timely or appropriate. The panel may also recommend measures to address these issues.

Both projects were intended to be rolled out in advance of the launch of a new 6km extension of the line between Hung Hom and Admiralty, under Hong Kong harbour, which is currently scheduled to open in 2022. Following the delays, it is possible that the opening of the extension will be delayed. The extension was previously postponed from the fourth quarter of 2021 to the first quarter of 2022.

When completed, the new extension will allow for journey times of five minutes under Hong Kong harbour between Hung Hom and Admiralty - a reduction of around 13 minutes - and eliminate the need to change trains.

The extension is also intended to function as part of the $HK 90.9bn 17km Shatin - Central Link project, which will link a number of existing lines to create the continuous Tai Wai - Hung Hom - Admiralty route.

The project is expected to reduce the travel time significantly across East Kowloon, New Territories East and Hong Kong Island upon completion. The link will also add 10 new stations, six of which will be interchange. Phase 1 of the project, which connects Wu Kai Sha, via Tai Wai, Hin Keng and Diamond Hill to Kai Tak, opened in February, and is expected to be used by more than one million passenger daily by 2021.

The Shatin - Central Link has faced serious setbacks during its construction. The Tai Wai - Hung Hom section was initially scheduled to open in December 2018, but was later postponed due to construction problems until mid-2019, and postponed again until late 2021 due to poor construction at Hung Hom station.