SWISS Port Railway (HBSAG), which operates two River Rhine ports in Basle, one of the most important junctions on the Rotterdam - Genoa TEN-T rail corridor, opened a new railway control centre in Kleinhünigen on July 3. 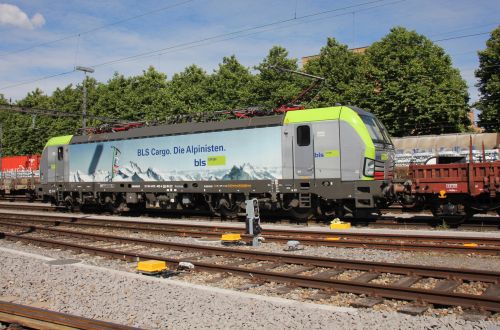 The first train departs following the switch over to the new signalling system.

The SFr 14m ($US 14.5m) project, which was funded by the Swiss Federal Transport Office (BAV), involved replacing an electro-mechanical interlocking dating from 1942 with a new Simis-W electronic signalbox provided by Siemens, renewal of track and points, and installation of ETCS Level 1.

The port railway network further upstream in Birsfelden will be similarly upgraded by autumn 2018, and will also be controlled from the Kleinhünigen control centre.

HBSAG operates around 50km of track in the ports of Kleinhüningen and Birsfelden moving about 185,000 wagons carrying 4 million of freight a year on behalf of more than 25 railway companies.