FRANCE’s infrastructure manager, SNCF Network, put into service a new control centre for Paris Gare de Lyon during the weekend of March 18-19. The first train departed the terminal at 05.01 on March 20. 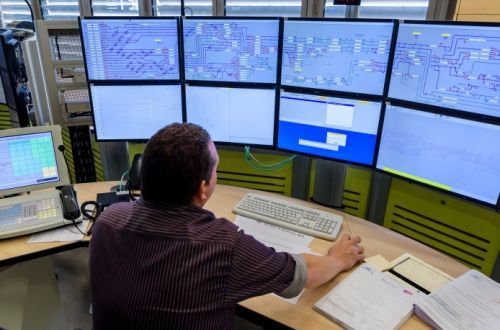 Around 700 SNCF Network employees worked during the 48-hour blockade of the station to finalise the switch over and put the new control centre at Vigneux-sur-Seine, south of Gare of Lyon, into operation. A 700-strong team was deployed to guide and inform around 120,000 passengers about alternative travel arrangements during the two days.

“Throughout the weekend and despite the fact that traffic was stopped in one of the largest stations in France, we operated more than 240 trains,” says Ms Florence Parly, managing director of SNCF Voyageurs. “Each of our passengers has been able to find a suitable transport solution thanks to the exceptional information system deployed for several months and to the wide mobilisation of our teams in the stations and on the trains.”

SNCF says the new control centre is “a major technological breakthrough” for the management of the 980 trains which use Gare de Lyon daily and it will allow:

• an improvement in operating regularity thanks to the computer programming of routes
• better management of trains at the station with provision for an eventual expansion of Gare de Lyon
• the early detection of possible operational incidents through remote monitoring of signalling equipment, and
• enhance passenger information in the event of an incident.

“In just 48 hours, signalling at Paris Gare de Lyon has changed century,” says Mr Patrick Jeantet, president of SNCF Network. “This successful technological leap demonstrates our commitment to the modernisation and acceleration of the transformation of the rail network. At the heart of this commitment is, of course, the improvement of the daily lives of the millions of passengers traveling on our lines.”