The lines will allow the Netherlands to gain experience with the rollout of the European signalling system. 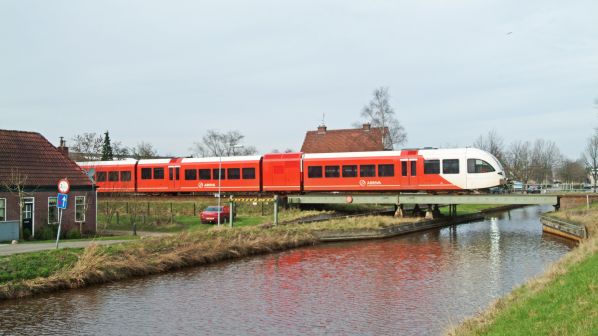 OUTGOING Dutch secretary of state for transport, Mrs Stientje van Veldhoven, has announced that regional, non-electrified lines in the north of the Netherlands will be included in the programme to implement ERTMS across the Dutch network.

The lines are currently equipped with the Dutch ATB-NG new generation train protection system, but will be replaced with ERTMS to avoid the cost of renewing the legacy system.

In a letter to the Dutch parliament, van Veldhoven said the early rollout of ERTMS on the northern lines would offer the opportunity to gain experience in the rollout of the European signalling system.

“This makes it possible at an earlier stage to be more controlled and learn in smaller steps,” she says. “I want to learn from experience and lessons from abroad, where many countries start on a simpler and quieter basis trajectory.” It is believed that adding the northern regional lines to the Dutch ERTMS programme will reduce the overall risk.

The Ministry of Transport will invest around €315m in the required infrastructure. The regional governments of Friesland and Groningen will provide Arriva Netherlands, which operates passenger services on these lines, with €90m to install ETCS on around 70 trains. The government will reimburse the regions by up to €60m, the amount saved by avoiding the upgrade of the ATB-NG system. Groningen will cover €20m of the remaining cost and Friesland €10m. Both regional governments want to see the introduction of ATO in combination with ERTMS on these lines.

The Leeuwarden - Harlingen Haven line will the first to be equipped with the ERTMS, with work on this section required to be completed before the start of the 2026 timetable. The project will be completed by 2030.

Prorail will incorporate the new lines into the existing tender for ERTMS equipment and installation, and will have to enter into an agreement with the regional governments. The secretary of state will then take the final decision for implementation. The Dutch government plans to introduce ERTMS on all lines before 2050.